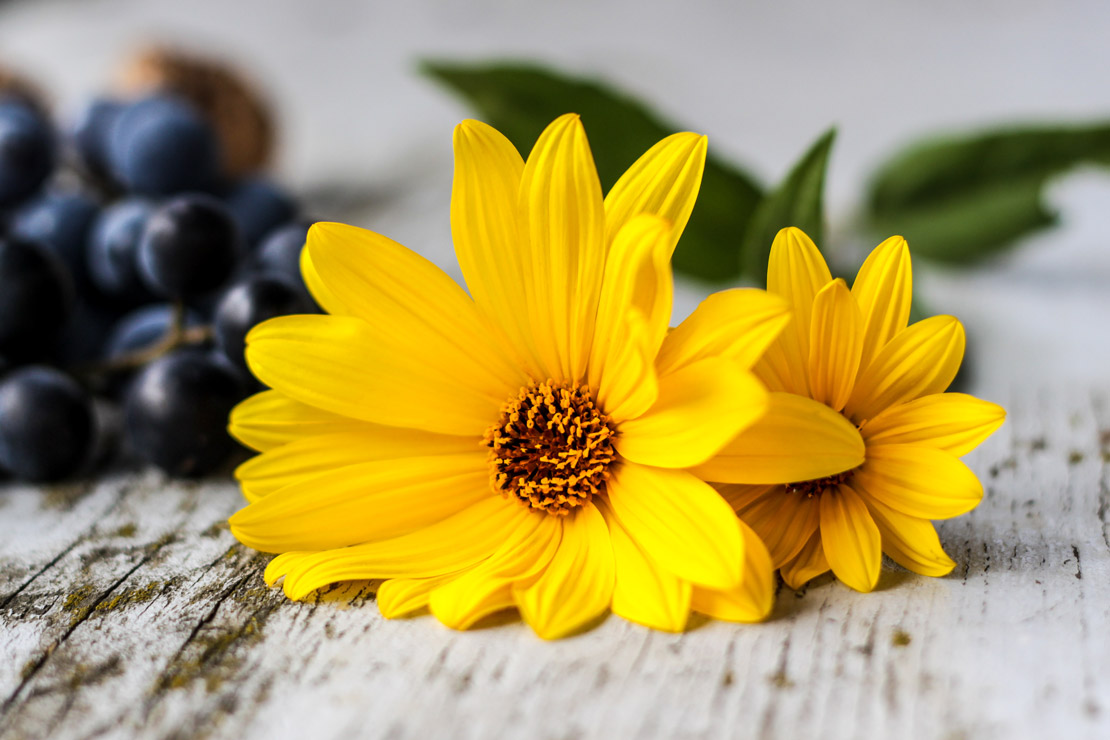 I went to the United States to pursue a master’s degree several years ago. I wanted to get my master’s degree as soon as possible, so I spent most of my time studying and rarely took part in any leisure activities. Every time my roommate invited me to get to know new friends, I said that I had no time. Therefore, I had very few friends in the first few months after I arrived in the US. After I got used to the new environment and could keep up with other students, I started to take part in more social events, such as going hiking, taking free English classes, and hosting a reading club. I met a lot of nice people and made a few friends.

When I was young, I was taken care of by a babysitter and my grandparents. I could speak a little Taiwanese because all of them spoke Taiwanese only. However, since I went to elementary school and lived with my parents, I have been speaking Mandarin most of the time. I rarely speak Taiwanese now.

When I was young, my family went back to Hualien, my father’s hometown, twice a year. We always got up very early and set off for Grandma’s house at around 4 AM. There was very little traffic, so we usually got to my grandma’s home within six or seven hours.

4. Gina isn’t good at managing her money. Over the past few weeks, she has been buying things she doesn’t really need. Now she has _______money. She doesn’t even have enough money to pay the rent or buy food.

5. At the information desk:
The receptionist: How can I help you?
The guest: Could you please give me _______information about restaurants and tourist attractions in this area?

6. Jerry got the stomach flu a few days ago. He threw up several times and could hardly eat anything. He ate almost no bread. In other words, he ate _______bread.

7. Anita always checks her essays carefully and revises them at least twice before handing them in to the teacher. She makes ________mistakes in her assignments.

8. I don’t like to wear rings, earrings or necklaces. I feel uncomfortable while wearing them. I have ______jewelry.

a few a little few little倒底何時要加of的用法

(Mary and Jerry are having coffee in Jerry’s living room.) Mary和Jerry 正在Jerry的客廳喝咖啡

Mary: I bought a few fantasy novels last week.
我上週買了幾本奇幻小說。
Jerry: Oh, really! Could I borrow a few of them?
真的嗎! 我可以借幾本嗎?
Mary: Sure. You can come to my home to get them later.
當然，你可以等會兒來我家拿。
Jerry: I bought a package of Oolong tea a few days ago.
我幾天前買了一袋烏龍茶。
Mary: I like Oolong tea. Could I try a little of your tea?
我喜歡烏龍茶，我可以試喝一些你的茶嗎?
Jerry: Of course. Let me get the tea set.
當然，我去拿茶具組。


(After a while, Mary and Jerry are drinking tea.) 一會兒後，Mary和Jerry 正在喝茶。

Mary: You know what? My boss was mad at me this morning because I misplaced a document. He yelled at me for five minutes.
你知道嗎? 今天早上我的老闆對我發脾氣，因為我把一份文件放錯地方，他對我咆哮了五分鐘。
Jerry: I’m sorry to hear that. Well, very few of us can say that we never make any mistakes. Just be more careful the next time you file those documents.
我很抱歉聽到這個消息，嗯...我們很少有人會說我們不會犯任何錯誤，下次你歸檔時小心一點就是。
Mary: Yeah, I’ll keep that in mind.
是阿，我謹記在心。 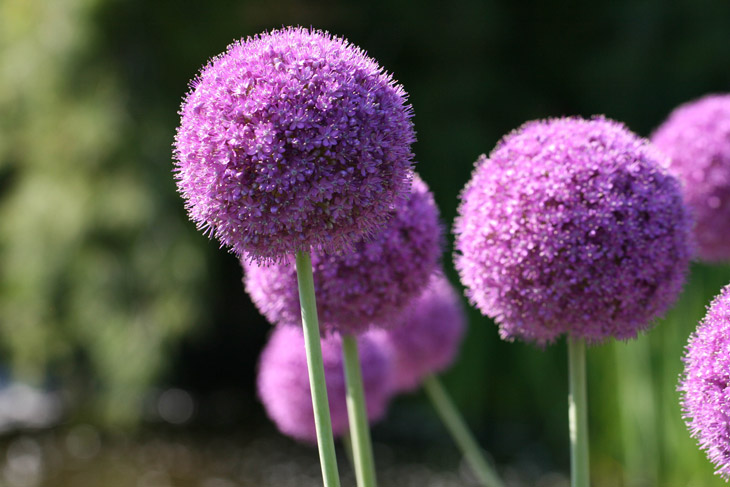 a few a little few little非正式情境用法:

1.A teacher said, “I haven’t got much time, so I haven’t finished checking all of your papers. Sorry about that!”

一位老師說：「我沒有很多時間所以我沒有全部改完你們的作業，抱歉。」這邊使用I haven’t got much time. 比 I have had little time貼切。

2. Don’t be angry. Jenny is going to be only a few minutes late because of the heavy traffic. Let’s go to the movie theater first and buy tickets. 別生氣! Jenny 將會遲到幾分鐘因為車流較大，我們先去電影院買票吧!

3. A: What do you think of the chicken? B: Well, I think it’s pretty good, but if you sprinkle the chicken with a bit of pepper, it will taste better.

a little/a bit當副詞用法: She was a little nervous. =She was a bit nervous.

4. Susan is very shy, so she has very few friends. Susan很害羞所以她幾乎沒什麼朋友。

5. Jerry has very little patience with kids. He gets annoyed easily when kids are talking, running and yelling. Jerry 對小孩子沒什麼耐性，當小孩們在那邊講話、跑來跑去和喊叫時他很容易感到厭煩。

During the time Mary suffered from depression, many of her friends sent messages to show their concern, but few were willing to visit her in person.
在Mary 罹患憂鬱症的那段時間，很多她的朋友都傳訊息表達關心，但是很少有願意親自探訪她的。

There seems to be little prospect of success in recovering the economy of the country.
要復甦本國的經濟成功的可能性似乎挺渺茫的。

Do you have cats? Did you know that cats themselves drink little water? A lot of studies over the past few years have shown it’s important you give cats wet food rather than just pellet food.
你有養貓嗎? 你知道貓咪很少主動自己喝水嗎? 過去幾年來很多研究顯示出給予你的貓咪濕食而非乾飼料的重要性。

Little is known about her upbringing and work experience. Her life has remained mysterious to the public.
關於她過去的成長過程及工作經驗鮮為人知，她的生活對大眾來說一直是個謎。

Jerry's mother was a little worried when he didn’t get home on time.
Jerry的媽媽有一點擔心當他沒有準時到家時。

This cup of tea is a little bit sweet.
這杯茶有一點甜。

I find this news a little bit hard to believe.
我覺得這則新聞有點令人難以相信。

Could you please say that one more time and give me more examples? I am still a little confused.
你可以再說一次並多給我一些例子嗎? 我仍然有一點疑惑。

After studying in the library for 2 hours, I got a bit tired.
在圖書館讀書讀了兩小時後，我覺得有一點累。

A: Are you all right?
B: I’m feeling a little better now. Don’t worry.

Jerry didn’t get home on time. His mother decided to wait a little longer before giving him a call.
Jerry沒有準時到家，他的媽媽覺得再等久一點再打電話給他。

A: We have been walking for a long time. When will we get to our destination?
B: There’s a little further to go.
A: OK. I’m tired, but I guess I can walk a little further.

Jerry bought a new smartphone yesterday, but he found that this new phone was little better than his old one.
Jerry昨天買了一支新手機，但是他發現他新買的手機比他舊的好不了多少。

Mary is taking an online class now, but the reception is not good. Mary says to her teacher, “Could you please speak a little louder?”
Mary現在正在上線上，但是收訊不好，Mary對她的老師說：「您可以說大聲一點嗎? 」

This movie was a bit more adventurous than the last one we saw.
這部電影比上一部我們看的電影較具有冒險性質。

On the way to the airport, Jerry said to the taxi driver, “Could you please drive a bit slower? It’s a bit dangerous to drive at a speed of 120 mph on the highway."
在去機場的路上，Jerry對計程車司機說：「您可以開慢一點嗎? 在高速公路上開時速120有一點危險。」

They didn’t catch the 7.15 bus, so they got to the restaurant a little late.
他們沒有趕上七點十五分的公車，所以到餐廳有點遲到了。

Jerry was shy and didn’t like to hang out with strangers. He smiled just a little.
Jerry個性害羞且不喜歡和陌生人打交道。他只是默默地微笑著。

Jerry was very nervous when he gave his presentation this morning. His hands shook a little as he spoke.
今早上台報告時Jerry非常的緊張，當他在說話時他手微微顫抖。

The secretary: Sorry, Miss Lin. Mr. Bob is still talking on the phone. Could you please wait a bit? He will be with you in a few minutes.
秘書說道: 林小姐很抱歉，Bob先生還在講電話，您可以稍等一下嗎? 他再幾分鐘就好了。

Mary was sleeping when the earthquake happened. She was scared and was wide awake all night. She slept very little that night.
當Mary正在睡覺時突然發生地震，她很害怕且整晚都醒著，那晚她沒什麼睡。

His hometown is in the countryside, so it has changed little over the years.
他的家鄉在鄉村所以這幾年變化不大。

He doesn’t follow the doctor’s advice and continues to smoke, drink, eat unhealthy food and stay up late. Therefore, his health has improved very little.
他沒有遵從醫生的建議而是繼續抽菸，喝酒，吃不健康的食物並熬夜，因此他的健康狀況幾乎沒什麼改善。 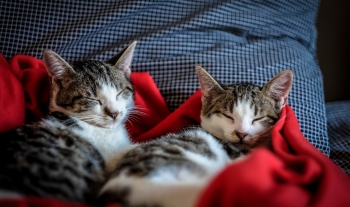 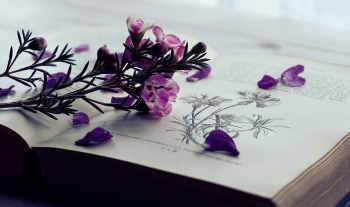